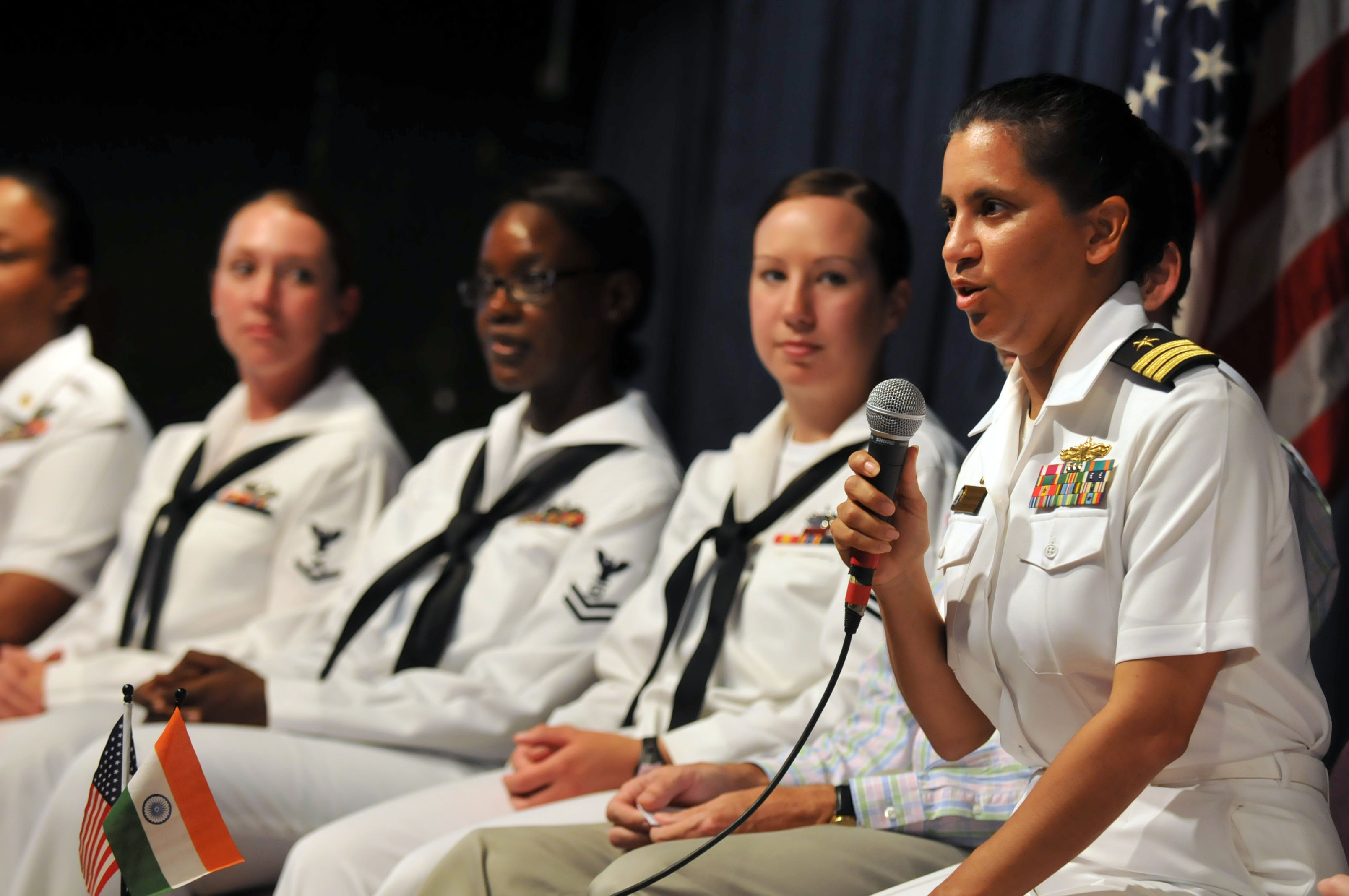 Over the past few years, the U.S. Navy has been sending women a recruitment mailer promising, “you can do all this while staying in touch with your feminine side — and while bettering your world along the way.” It was sent to women in Colorado, Florida, Illinois, Michigan, Oklahoma, Texas, Utah and Wisconsin. But last week the mailer was scrapped over concerns that it perpetuates sexist stereotypes.

The stereotype, of course, is that all women have a not-expected-in-the-military side that men don’t. Rather than reserve the word “feminine” to refer to women, the brochure used it to refer to an evaluative disposition. Then women not of that disposition asked, “Am I not feminine?”

The Navy obviously intended a very inclusive message. They were not the first to use the word “feminine” in a way that allows for the possibility of feminine men. On GRINfree.com, we use the term “naturally relational” instead. Base on the sample used to validate the GRIN Self-Quiz, naturally relational people are twice as likely to be female as male, however, not all are female, and not all females are naturally relational. In fact, there were women of every type, over 60% of women being not naturally relational.

One might like to administer the GRIN-SQ in the military to confirm whether naturally relational people are relatively rare there. The purpose would not be to find a more precise word than “feminine” to use in recruiting—most potential recruits have never heard the term “naturally relational.” Rather, the purpose would be to balance its diversity the way ecologists balance diversity in an ecosystem.

The most adaptive teams include all four GRIN types. A society lacking naturally relational people, specifically, would experience reduced network localization, which essentially means command would be more centralized. An error in such a network can have broad consequences; in contrast, an error in a free market would take-down no more than one business, and competitors would quickly fill the gap.

Jared Diamond famously speculated that centralized command cost China dominion over the Americas. Two hundred years before Christopher Columbus’ voyage, China had an entire fleet of ships capable of crossing the Pacific, but they were all under the control of one emperor, and that emperor decided to destroy the entire fleet. Columbus was turned-down by many countries before he found a patron for his expedition—in Asia, he would have had only one potential patron, so he would have had only one chance.

Our military is an important part of our society. We will be at a loss if it lacks one of the kinds of people it needs to successfully innovate solutions to conflict and to its own evolution. Kudos to those who were smart enough to target for recruitment people who have been called “feminine.” I look forward to the day when common language includes terms which make this message easier to communicate.

You may say I'm a dreamer, but I'm not the only one. I hope someday you'll join us, and the world will be as one.
John Lennon (Imagine), for Natural Gadflies

I wanna be a billionaire so frickin' bad.
Bruno Mars & Travie McCoy (Billionaire), for Natural Negotiators

You raise me up to more than I can be.
Brendan Graham (You Raise Me Up), for the Naturally Institutional